It’s Valentine’s Day, New York Fashion Week, snowing, another beautiful day in the neighborhood, and regardless of any of the aforementioned I’m a hypermediated millennial (read: willing and able to get excited about anything (read: nothing)) so here’s where Cupid’s squeeze led my brief but bombastic attention span this week:

The Shortest Musical You Will Never See Again Jonas Akerlund is still pretty much amazing. In less than the time it takes to watch – regret, and possibly re-watch for the cause – “We Are the World: 25,” Jonas Akerlund gives you a masterpiece for the message-a-minute creative crowd. Brilliant concept (trailer as the short film), beautiful cinematography, production, and execution make for a product that is a well-crafted, well-courted piece that is as much a work of art as it is a perfect Valentine.

The world – fashion or otherwise – lost an amazing one this week. Alexander McQueen left an unparalleled legacy on and off the runway. A look back at his final fashion show:

I just moved into my new not-quite-but-next-to-the corner office, and as such I need to decorate and accessorize accordingly (read: so much Pop, even Warhol said stop). Z Gallerie’s “Art Under $100” is to my office what Ikea is to a college kid’s dorm room (and what I imagine PBTeen is to a highschooler’s, and TigerBeat is to a middle schooler’s room). A few pieces to set the office aesthetic off to a nice start – before I go Pop crazy 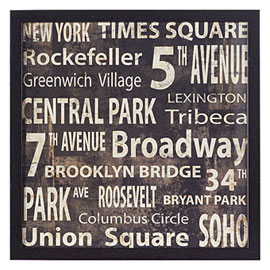 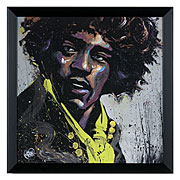 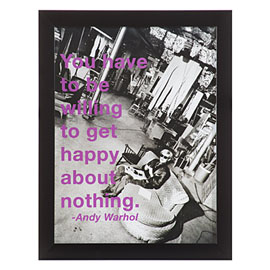 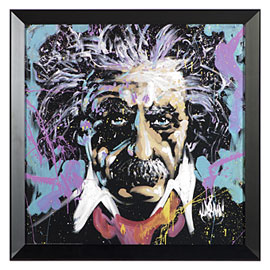 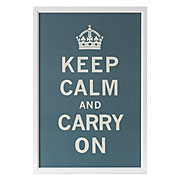 I was introduced to this group in February 2008 when I saw them live – and in brilliant multi-sensory technicolor – in DC at the Kennedy Center’s JAPAN! CULTURE + HYPERCULTURE event. In retrospect, there is no rhyme or reason why they should have ever been relegated to “back of my mind” status, but their style was brought back to the forefront this week after a first-listen to Art Nouveau’s Noise Pxxn album <– (watch this space).

We Are the World 25: My Play of the Weak (Philanthropy goes E!)

So many emotions running about my body watching this, so many questions coming to mind… Most of them are centered around conversion rates of self-importance to the US dollar (as the insurmountable quantity of the former must mean millions of the latter) and time to treasure (as apparently, an artist’s studio time is the equivalent to hundreds of normal people dollars), miscellaneous quandaries like “was Justin Bieber really the best way to open the song – he hasn’t lifted himself out of pre-pubescence, how is he supposed to raise Haitian spirits?” “Am I completely convinced that this is doing more for the Haitian relief efforts than it is for D-list musicians’ careers?” “Could the time and resources spent to get these artists together, produce and direct a music video, and promote said video have been better utilized directly assisting Haiti?” “You spent two weeks on this and all I got was a YouTube video?” “I guess Taylor Swift donated her Fearlessness directly to Haitians, because she was afraid Kanye might steal her verse if she showed up to the studio?” … y’know things of that nature. In a nutshell: why do celebrities pander when they can just pay? Singing songs is all well and good, but I’m almost positive the Haitians can make better use of celebrities’ bank notes than their ballads. And for the love of all that is right, just because it is called “We are the World” does not mean you need a visual of the Wikipedia list of “every artist your little sister and parents kind of like that you probably don’t.” WRAP. IT. UP.

Stardust’s “Music Sounds Better with You:”

because on this of all days… it does

Watch This Space: Love and Art