Nick Lepard: painter by way of Vancouver with portraiture as richly layered as his artistic perspective …

“My goal is to reflect people in the modern world, but not the modern world itself;” meet Nick Lepard, a 22-year-old artist by way of Vancouver. As the product of a media immersed society, Lepard’s artwork represents the human in the midst – not necessarily at the whim, or in complete control – of a world that is constantly changing, and “here one minute, gone the next.” His portraits capture the essence of the person: layered, multi-faceted, rich, deep, integrated, contemporary, classic, and complete in the face of fragmentation. 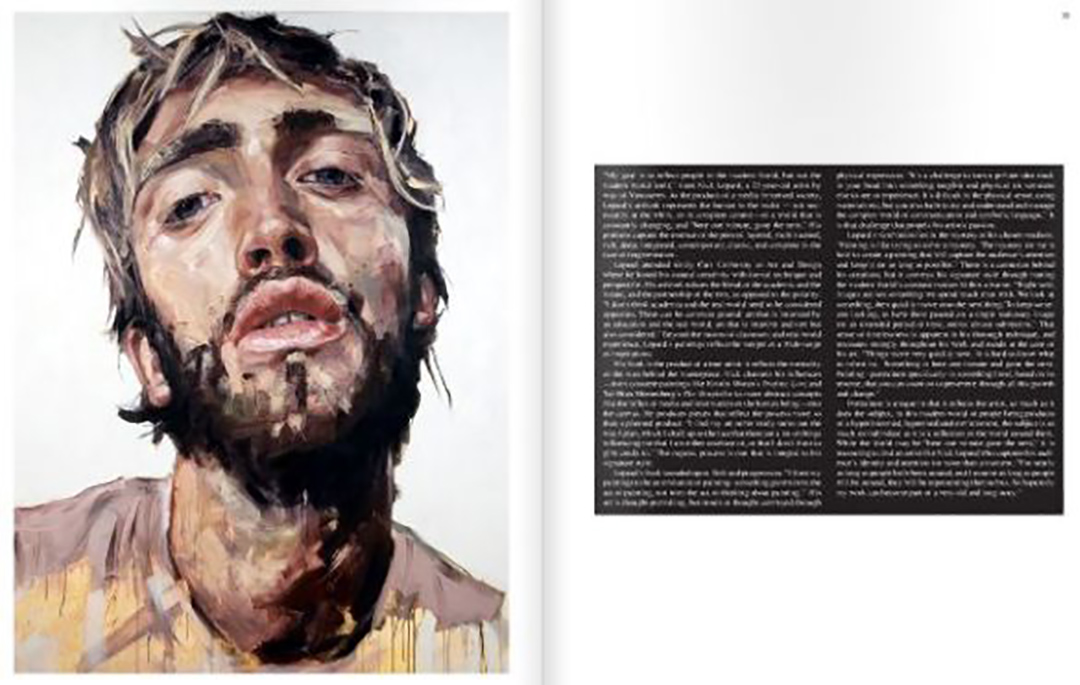 Lepard attended Emily Carr University of Art and Design where he honed his natural creativity with formal technique and perspective. His artwork echoes the blend of the academic and the innate, and the partnership of the two, as opposed to the polarity: “I don’t think academia and the real world need to be considered opposites. There can be common ground: art that is informed by an education and the real world; art that is intuitive and raw but also considered.” Beyond the fusion of classroom and real-world experience, Lepard’s paintings reflect the merger of a wide-range of inspirations.

His work is the product of a true artist: it reflects the mentality of the man behind the masterpiece. Nick channels his influences – from concrete paintings like Kristin Moran’s ‘Profane Love’ and Tai-Shan Shierenberg’s ‘The Storyteller’ to more abstract concepts like the influx of media and information on the human being – onto the canvas. He produces pieces that reflect the process more so than a planned product: “I find my art never really turns out the way I plan, which I chalk up to the fact that there are a lot of things influencing me that I am either unaware of, or that I don’t want to give credit to.” The organic process is one that is integral to his signature style.

Lepard’s work founded upon ebb, flow, and progression: “I want my paintings to be an evolution of painting- something grown from the act of painting, not from the act of thinking about painting.” His art is thought-provoking, but result of thought conveyed through physical expression: “It’s a challenge to turn a private idea stuck in your head into something tangible and physical for someone else to see or experience. It’s difficult in the physical sense, using materials etc, but you also have to try and understand and manage the complex world of communication and symbolic language.” It is that challenge that propels his artistic passion. 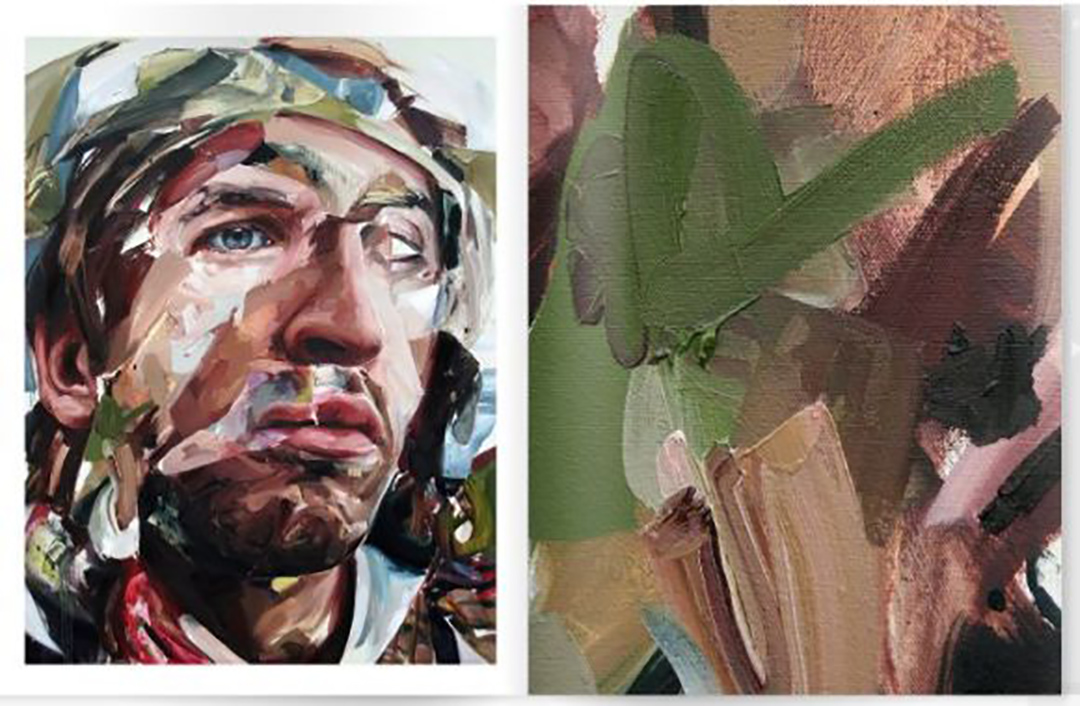 Lepard’s motivation lies in the mystery of his chosen medium: “Painting is like trying to solve a mystery. The mystery for me is how to create a painting that will capture the audience’s attention and keep it for as long as possible.” There is a confusion behind his creations; but it conveys his signature style through muting the modern world’s constant motion within a frame: “Right now, images are not something we spend much time with. We look at something, then quickly move onto the next thing. To keep someone looking, to have them paused on a single stationary image for an extended period of time, seems almost subversive.” That sense of timelessness is apparent in his thorough technique, and resonates strongly throughout his work and stands at the core of his art: “Things move very quickly now. It is hard to know what to invest in. Something is here one minute and gone the next. Painting – portraiture specifically- is something I feel, based on its resume, that you can count on to persevere through all this growth and change.”

Portraiture is unique in that it reflects the artist, as much as it does the subject; in this modern world of people being products of a hyperinformed, hypermediated environment, the subject is as much an individual, as it is a reflection of the world around them. While the world may be “here one minute gone the next,” it is reassuring to find an artist like Nick Lepard who captures his audience’s identity and attention for more than a moment: “For nearly as long as people have been around, and I assume as long as people will be around, they will be representing themselves. So hopefully my work can become part of a very old and long story.”

Watch This Space: He gives good face – like vogue on paint