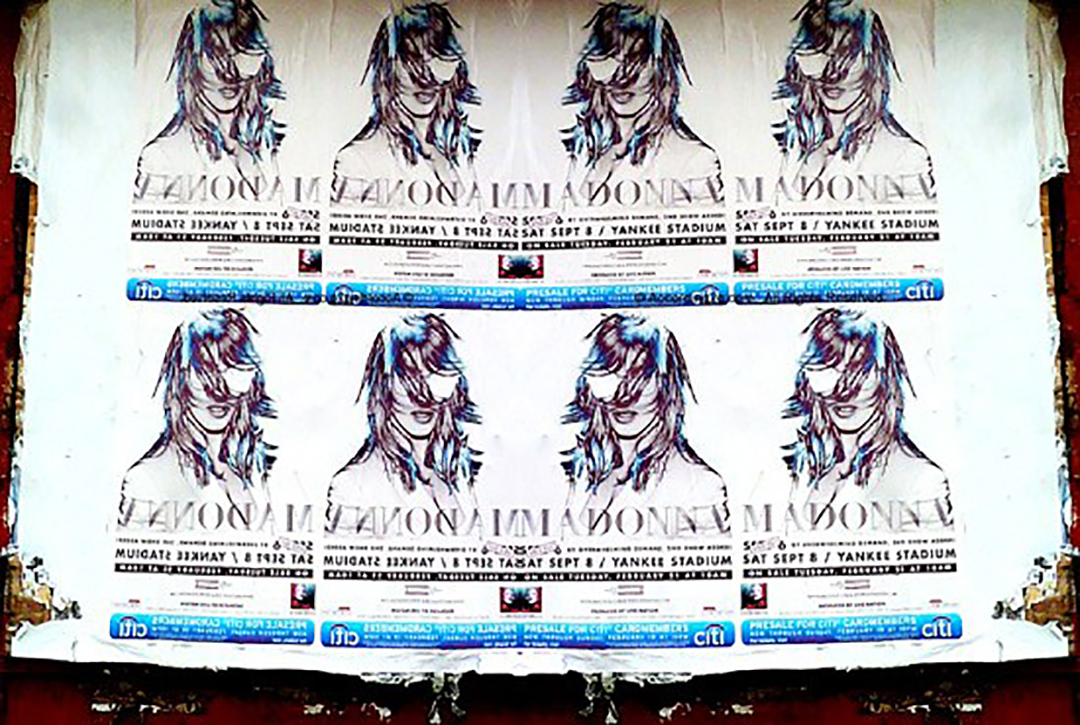 Easily one of the best produced Madonna tracks of her extensive catalog, the Pharrell masterpiece “Incredible” was just that – an incredible diamond in the rough desert that was 2008’s saccharin infused Hard Candy. I left the album for awhile, I’ve had my bouts, but a fresh set of ears delivered a 2012 revelation of apocalyptic sorts… “Incredible,” Hard Candy, this in all of its “thisness” that is going on now #lookitup is a most honest and sincere plea from the place of the detached deity…

There’s an interesting thesis somewhere in the idea that famous people might become susceptible to the rhetoric of fascist dictators because of their own rarefied, disconnected lives, lived in a bubble above the masses.

Why does Madonna only now seem ever more distant, even from the scope of a stan bathed in self-expressive nostalgia… because she doesn’t know how to love. Hard Candy was… for all intents and purposes, a shabby attempt at the Top 40 in 2008. Off the heels of the masterpiece that was Confessions on a Dance Floor, Hard Candy came across as that much more shallow, that much more artificial, that much more a reduced confection – a Sweet-and-Low-Brow take on the raw cane that was COADF‘s sugar … look for it and it’s there though, Hard Candy was a Valentine from she with not even a candy heart. Madonna’s flaw is what makes Britney and Gaga great: Madonna is not vulnerable, she cannot empathize with people properly – she even loves with her head.

Just one of those things
When everything goes incredible
And all is beautiful
(Can’t get my head around, I need to think about it)

Not that she doesn’t know what love is, or its value; it’s not that she doesn’t want to love, it’s likely that to love, one must let go, instead Madonna holds on tighter, longer. Love is letting something “incredible” stand as it is, just enjoying the sublime of not knowing why; “Incredible” is six minutes of getting to the bottom of said feelings, #ineedyoutodefinethisloveofwhichyoureek wanting to return to a place of innocence – arguably ignorance – but alas, not so for Madonna. Madonna is like an adult borrowing candy from a baby, to take it back to the lab to pinpoint the precise alkaline composition within the confection that equals “happiness;” not so she can package and sell it (not that she wouldn’t ignore said opportunity), just so she can have it without compromising control – or the calories. However, in the midst of that turmoil comes to fruition tracks that make the artificial heartbeat something worthwhile, or at least danceable.

Pharrell brings the inescapable swelter, he pushes the synthesizers and percolations to the brink of cardiac rhythm – but yet and still, close isn’t quite, and no matter how almost aortic that beat is, at the core of Hard Candy, at the center of her Madgesty’s modern body of work rests a relentless revisitation of the 808, with no fear in sight as there is no heart to break.

The cold, calculated, systematic sound… the ebbs and flows of a digital disco – that artificial love, that superlative cerebral passion to feel passion alone, the obsession with sex, the infatuation with the process of making that which one does not possess…

With Madonna, love is a futuristic profusion, it is forbidden, and because it tried to welcome the runaway, it requires justification; it is had but not held… In this pre-apocalyptic, information inundated, knowledge deprived, post-modern drowned world, Madonna stands as her own substitute for love.

Watch This Space: Desperate times call for, “If you can’t make it – take it” #givemeallyourluvin