This album cover is the story… of a girl named Sally TNGR; and this album is the electro-acoustic soundtrack of her self, and her TNG scene, from her highschool suitors. Music 4 TNGRS: Requiem for the Teenage Dream, courtesy of Generation Adamant Abbreviated Extended Adolescence. 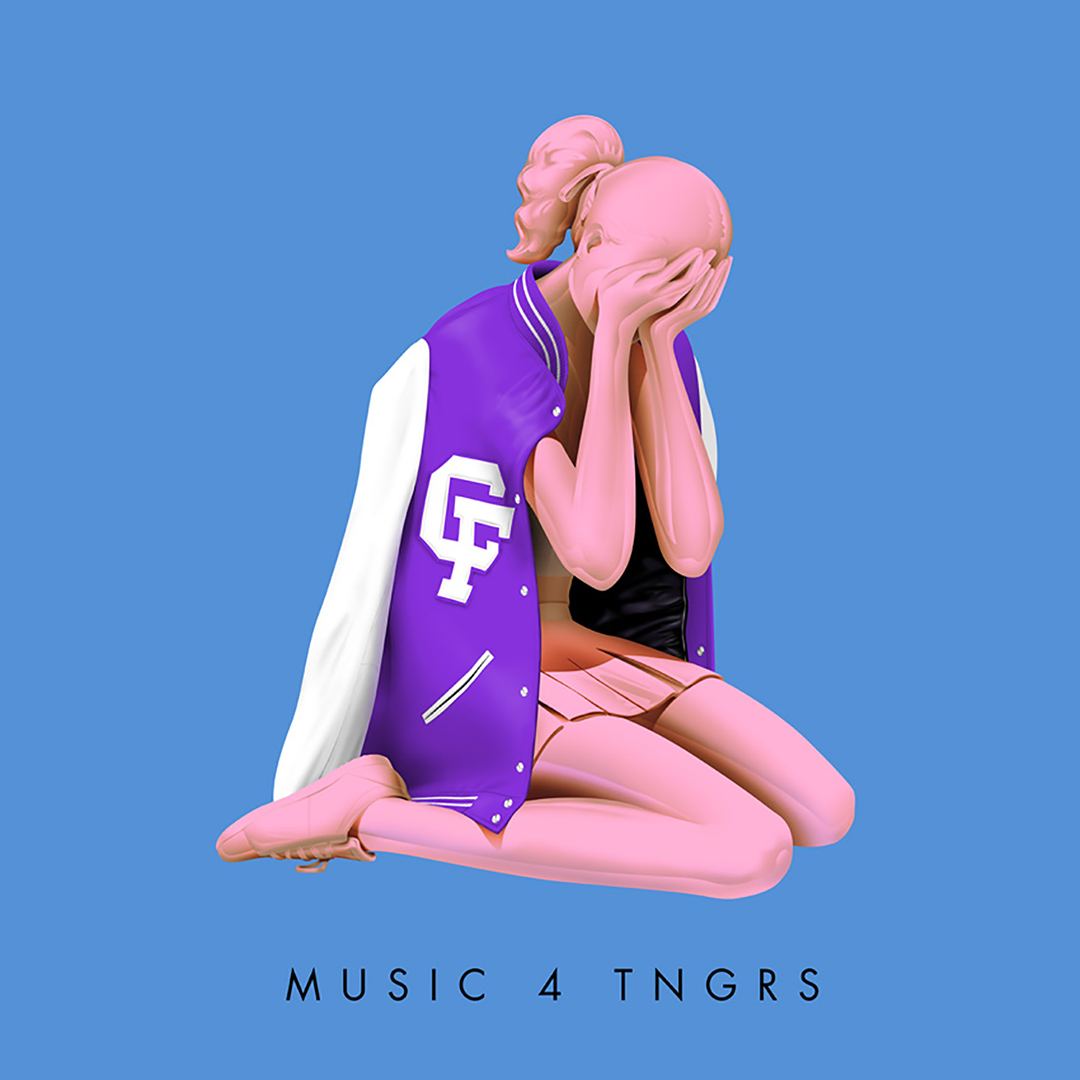 Ah, Chester French… one part Milwaukee-bred, lead singer and songwriter David-Andrew “But You Can Call Me D.A.” Wallach, one part Boston-born-bred-and-boarded multi-instrumentalist and songwriter Max Drummey. Named after Daniel Chester French, the band doesn’t veer far from their namesake’s affinity for sculpting. Though, where Daniel carved stone, this duo dwells more in the place of subcultural sculpting through soundtracking the scene of the twenty-something teen.

Welcome, TNGRS. Not quite teenagers, not quite teens, never a tween, TNGRS are a specific demographic. We have self-esteem, Chester French knows this; thus is likely why the opening track on M4TNGRS is entitled: “Next Big Thing.” You have to believe in you, or no one else will.

The eleven-track collection is a reflection of this generation, that demographic caught beneath the gifted curse of being able to know everything, without direction on how to make proper sense of anything – drowning in information, starving for knowledge.  Yet and still, as products of this abbreviated era, Wallach and Drummey managed to soundtrack said uncertainty with a near-perfect identity LP for those twenteenagers in search of the throne.

… but you can’t be next forever – and the Ivy League sophomore effort steps up to the plate with an astute take on the narrative of now. 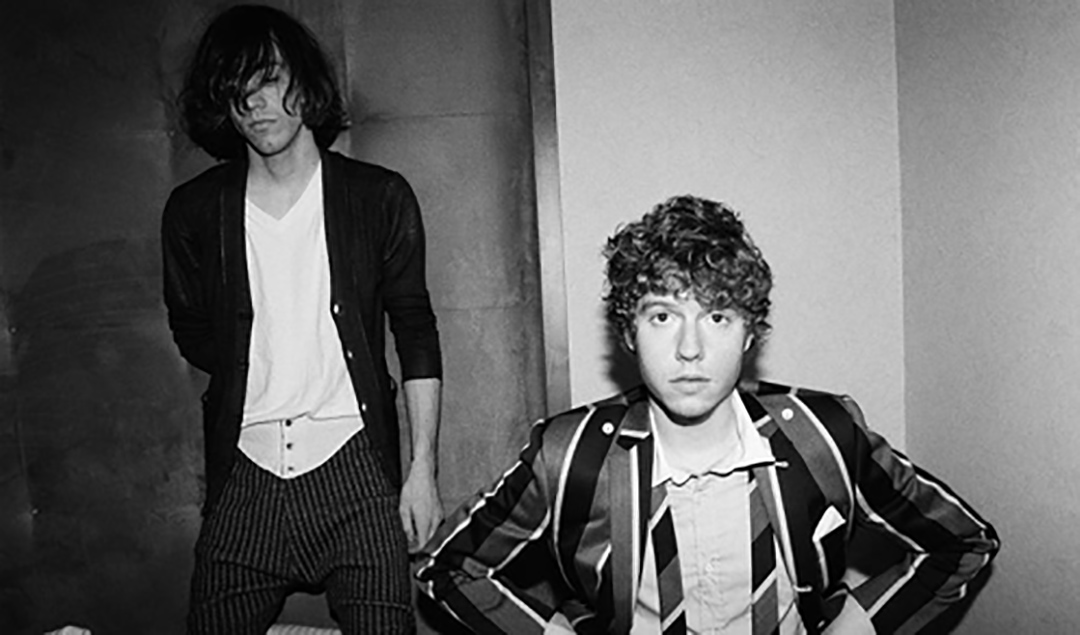 “Next Big Thing” is an introductory manifesto. A bit of a maelstrom, but indicative of those things that make this generation the eternal nexus of the nextest and bestest: “We are the latest, greatest – so won’t you love to date us?” Distorted guitars, distant ephemeral vocals, signature Star Trak aural lasers (and the signature sounds of a one Pusha T and Skateboard P) and wispy ambient percussion crashing over Wallach’s lyrics set the stage nicely for an anthemic – if not abbreviated – piece.

There’s definitely a matured sound from the duo here. While they haven’t left their lovable bits behind on the playground, they make concerted moves towards a more defined sonic aesthetic – without necessarily letting rigid genre-confines, or clean-cut instrumentation define their distinction. Maturation is a funny thing: once you’ve found it, you find it’s not so much a shift in the person, as it is a shift in perspective. Take for instance the first single, “Black Girls,” #yup. Chester French came to the forefront a few years back with their contagious single, “She Loves Everybody.” The aspirationally-titled debut album encouraged listeners to Love the Future; the future full of rainbows, sunshine, and girls who didn’t need tans for their Transatlantic trips. Then, something happened. Then, that lovable future kind of reverted back to Pleasantville, a place laden with picket fences, and milkmen – June Cleaver and Jim Crow on the cover of Parenting Magazine with little Sally in tow. It’s not that the boys won’t settle down with Sally, but they’ve since found a more perfect girl – one who’s a bit more “of the world.” As Wallach says, “The whole world’s turning brown, and who cares?” America replies, “The rest of the world is turning brown, and we’re scared.” Where Love the Future warned us that she may love everybody, Music 4 TNGRS reminds us that everybody may not love she – so Chester French wants to know: where’s all the love for Black Girls? Apparently, right there with he – well, obviously, and Rie.

The synth-and-blues Summer jam “Drop” is like when D’Angelo met what “Boyfriend” deluded the industry into belibing Justin had become – and effectually the the song plays like a mod take on Timberlake. Mellow moods and cartoons, a Harvard schooling on “Gs and Gents 101: How to Mack without a Mac.”

I bet you never been out on a date like this before, with a real gentleman who opens up the doors. I’ll pour you 7-Up and grenadine, and then you know we’re going bowling.

You got many layers… understanding, intellectual, but underneath it all, I know you’re sexual. So we can start this on the sectional, put on some Ren and Stimpy while you’re getting skimpy.

Taking it back to Cheetos on the couch in Clueless #wayexistential; sarcastic, kind of, but so undeniably smooth. Quiet storms and crescendos leading to an aural bubble bath with a fembot – heated with a touch of hard-driven haywire.

Track by track we ride through a journey of extended adolescence: some highs, some lows, some sex, some regrets, some love, some shrugs, and naturally, rock and roll. “Just Another Guy,” “Perfect Girl,” and “Maybe Next Time” are the contempo-classic love songs. Somewhat like if One Direction had musical direction – because that’s what makes tunes beautiful. “Female Version” finds the juxtaposition of aggressive rock riffs beneath the tale of the lyricists’ female half – the “female version” of he. “Mania” hearkens to the duo’s higher-ups, Pharrell and Co. and pairs them with a touch of 10cc’s “I’m Not in Love.” It pulls the N.E.R.D. tone, and a dabble-to-deluge of Battlestar Galactica backing effects, into a more densely electronic 2012, without losing the subtle funk which makes that signature sound so tangible. The track, much like the album collectively, triggers a certain nostalgia for Sofia Coppola films – where the music sounds like the scene.

My mania is over now I’m done, not interested in stardom just want fun
Nothing new, just a quiet crisis I’m going through – but I’m not feeling like I’m young
I feel younger while I’m getting older, haven’t got a clue
Wake up to my freest days with nothing left to do…

The album’s production is very much larger-than-life, in distant or submerged manner – very electro-acoustic, very synth-rasp and blues. It has the atmospheric arena expanse and boldly converged discordant symphonics of Born This Way, with the epochal anthemic rhythmically-rich core beneath the rough-reverbed facade of Watch The Throne; the next level indie hipster highschool Prog-Rock-Neo-Psychedelic-Alt-Hip-Hop Pop band feel of In Search Of… but the familiar New-Meets-Old-England Northern British Soul tone of Love the Future.

Music 4 TNGRS closes with the second single, and personal standout track, “Interesting Times.” Ushered in by the album’s instrumental bridge track, the understated but marvelous “Marquis,” “Interesting Times” brings the album back full circle like a response to “The Next Big Thing” that brought us to this place.

I cant believe I’m gonna die one day I can’t believe we’ll all be gone
I cant believe that I wont be twenty-five for much longer now
It’s weird this room’s gonna disappear, and that somebody lived here before
It’s weird I live in four dimensions, but there might be more

The final arcade fantasy come to sonic fruition. Wallach serenades an aside, the words drifting from the lips of a still-twenteenager. The listener can nearly make out the distant figure – likely not too distant from the listeners themselves – laying atop a twin bed, staring at the rotating constellations emanating from a nightlight just below the desk, just beside the backpack, and just above Babar the stuffed king. So close the ceilings, yet so far the skies… round and round and round it goes, the suspended spectacle of those twenteenagers lives…

As much a bedroom, as a space in the world – the ‘here today, gone tomorrow, yesterday is an oft-forgotten, misremembered, forever fading memory’ modern mentality – the penultimate close brings to light, those generational quandaries that keep the culture up at night.

The music maker and his masses… from the Dust Bowl we came, through the Angel Dusted star trails we conquered, and by the foolish gold dust we were quelled… that quarterlife lived, that life only lived once, that existence an increasingly intangible reflection of assumed materialized mastery… these time capsuled lyrics in a bottle, God-willing will return to their sender in the light of prosperity, the glow of a renaissance and rebirth from the ashes of this dark apocalypse… and above and beyond all of this, there is the enduring wish that one, and we, at some point find love in the wake of loss…

And in case you missed it, the eleventh track is the acoustic… because beyond the hype and heavy production of a suffocating atmosphere, the acoustic simplicity reminds us of the solitary lone human and that most mortal message… putting an era at rest to rest with the lullaby of interesting times, and the rhapsody of uncertain royalty’s rhymes riding along freely as the Radio Flyer…

“… but all the difference aside, you really keep me alive,” all the different everythings aside – it’s that very TNG eternal adolescence which is the American essence that keeps this culture alive #yourewelcome

Watch This Space: Beyond the prominent production, the ever-enveloping electronic environment, it is the enduring lyrics that take us back to the playground. Some songs are like long-lost love notes, retrieved from a time capsule beneath the sandbox, or somewhere under a tree in the quad. Other songs take it back to the cyber sandbox of whichever social network was your shelter, reading along like a comment your present-day self would leave your former self. That’s what I dig most about the album. It doesn’t try to be anything it’s not. It is a 2012 LP of the mixtape you would have made for your Post-9/11-But-Pre-Katrina-So-There’s-Still-Hope self, about yourself, now. I also like it because … I’m a TNGR and it’s my kind of music.