So… if nothing else, 2012 proved that by George the Mayans had it all kinds of right: this year proved a renaissance of apocalyptic proportions – a year when the culturally amnesiatic cynics failed to recognize a sea change over the screams of their own skeptic scoffs… alas, even in the midst of privately-backed Super-PAC pocketed media, bindered women, NRA publicity stunts, mass school shootings, a deluge of false formations and knowledge starvation, the spectacle’s continued triumph over literacy shrugged – and oh, Sandy; even in the midst of all that, there was music – glorious music – because after all, to mark the fall, the birth of tragedy is forever  conceived in the spirit of music.

Somewhere along the 365 steps on the road to perdition, albums debuted, someone named Franked caused an Ocean of tears, a boy named Ken lamented the m.a.a.d. urban terrain, and Fiona spun the wheel while time idly passed by… but this isn’t about them – although everything else prior has unremarkably revolved around the former two – this list is about five albums I listened to, five albums I didn’t need people to tell me I liked, five works that are tragic in their own right, five that may not be cool, may be too young for school, but five that at the end of the day reminded me of what “those” Mayans might play had they lived to see this day… 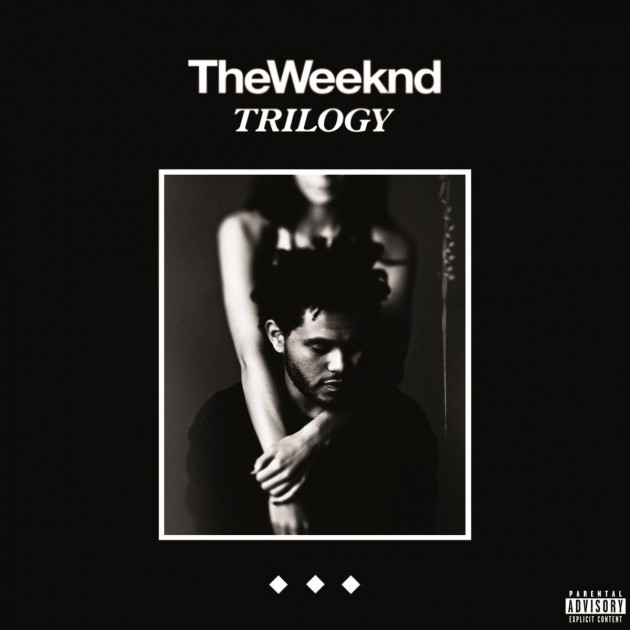 After the party is the after-party and after the after is the hangover… a house of balloons bacchanalia, lifted nocturnal Thursday smolder exploding before sunrise’s echoed silence. The Weeknd’s major label release captured the entirety of an amnesiatic culture’s underground. Monstrous melodies and ominous epiphanies linger through a three act hip-hoperatic. It is so beastly and so beautiful, so filthy, so rich.

When Trilogy persists, it does so like the endless night, and when it concludes, it capstones a most perfectly crafted improper release. Three the hard way expressed so lyrically… Lonely star’s life of the party – you’re going to want to be high for this… Keep bad romancing ’til the world ends.