Pretense: Crate-digging a bit, dusted off this vinyl cut biorhythmic riff from back in the Aughts… indie zeitgeist mood music, still relevant, increasingly astute aural vantage on the mod world, more than worth its weight in vinyl, and beyond worth the turntable whirl #giveitaspin

“I am the truth, the thing you long to hear. I am analogue, I am analogue;” so opens duo Kwaku Aning and Jeff Shreiner’s formal introduction to the music world – and moreover, magnificently introduced the music landscape for 2010 in a softly spoken, but strongly cemented artistic tone.

Analogue Transit’s freshman album compiles acoustic and electronic sounds so authentically that it gives a soul to the seemingly synthetic – granting the machine a mood, and becomes the heart behind the gears. Raw piano and stoic strings ride alongside classically crude industrial effects. These juxtapositions craft an atmosphere that reflects artists’ core, as they harmonize with beautifully melancholy vocalizations, and more importantly, animate the catalyst for this second decade’s creative identity.

Each track adds depth and consistency, and so an added facet, to the apropos and ever pervasive album title. Gearheart embarks with “Analogue” before venturing through “Blackout Artist” and “Breathe.” “1983” finds its sonic aesthetic in the multilayered mélange of guitar, handclaps, digitally-processed dewdrops, and shakers. The “Analogue” mentality, clear and present here: “You won’t see the end of me. The fear, the fear will set you free. I can hear what I can feel,” resonates throughout the retrospective record.

The track title hearkens back to an era, on the brink of 1984 – but not yet there. It is a discriminating snapshot, reminiscent of a culture on the cusp of great change, while still in its paramount – if not penultimate – state of genuine creation, because they cannot anticipate what is to come.

The album as a whole returns to a time before well-polished, hyper-produced pieces; though it veers from the modern manifestation of electronic music, it holds fast to that early methodical technique to conveys a unique message. The concept that contemporary music has drifted so far from the core of true human expression – that it no longer holds art at its center – is not new, but rarely do artists properly convey that message through their own work.

Gearheart is thorough; it is systematic without being strenuous. It takes its time at a time when no one seems to have anything more than a moment to be inspired, produce, and promote their work; at a time when people look to the stars in US Weekly or Entertainment Weekly to lead the way, Analogue Transit croons spiritually about the stars they followed to escape the darkness that eclipsed electronic music last decade.

Analogue Transit is a collision of two worlds, two sounds, two polarities, collaborating to carve a new path from the old route, “The light, the thing you long to see:” it is analogue – they are Analogue. 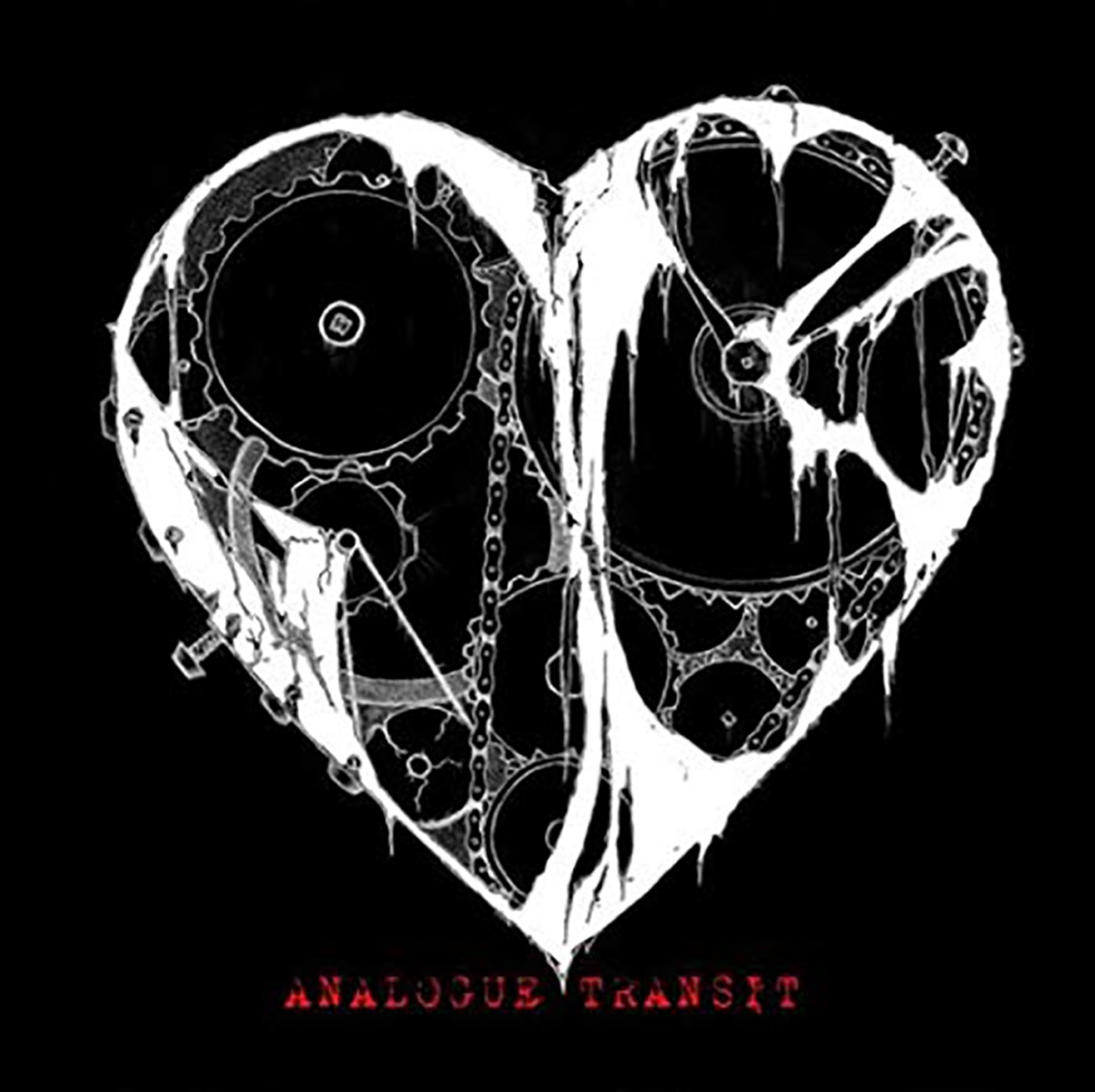