Skip to content
because if ifs and ands were pots and pans there’d be no betta work for tinker’s hands, because pink wigs birthed millennial whiplash, because it’s the rhyme behind seasonal reason, because you’re not B and will never see it her way… because Britney didn’t have Twitter in 2007, because the traphaus was birthed in the wake of Kevin, because Miss Spears will remain the bad bxxch you’ll never know, because they shouldn’t have let her blackout the ‘net #work: nouveau decided to put on a show #luckystarswipgolden

because education was the motivation, because she blogged before it was cool, because she was an independent publisher in the midst of corporate media, because stellar evolution involves apparent collapse, because she may not have spoken the King’s English but still scribed the siren’s hymn, because well-before she dropped the scheiße en route to new Britney’s mission she bathed in capital H.I.M., because we voted her to be nouveau royalty in the midst of gop patriarchy, because she faced the fire for her fans while the Administration placed firearms and debt in their electorate’s hands…

because she wants you people to know she’s not perfect, she’s divine #godspeed 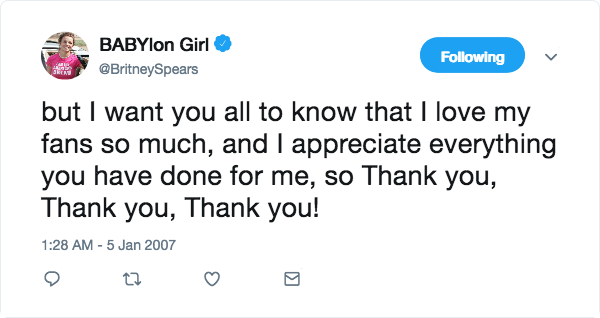 because she’s no longer just lucky, but #blessed